Projects with prior approval from Canonical can use additional privacy features. Proprietary projects may only use Launchpad with such approval. Details are found on the project's "Sharing" page.

Projects with commercial support can configure the bug and branch sharing policies: 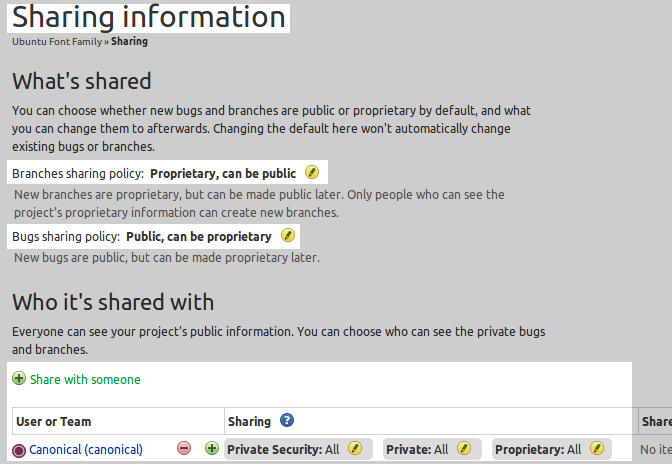 We recommend that projects share all information types with their developer teams. Sharing with your organisation team will also ensure your co-workers are informed and can do their job. Avoid sharing with users because they leave projects and organisations; if a user needs access to confidential information either add the user a team that is already shared with or subscribe the user to just the bugs and branches then need to work with.

As the maintainer of a project with commercial support, you can create: